A mid-century modern home that hadn’t been touched since the 1950s presented a fun opportunity for these homeowners to make it their own. See how their kitchen remodel transformed a tiny space for a modern lifestyle. 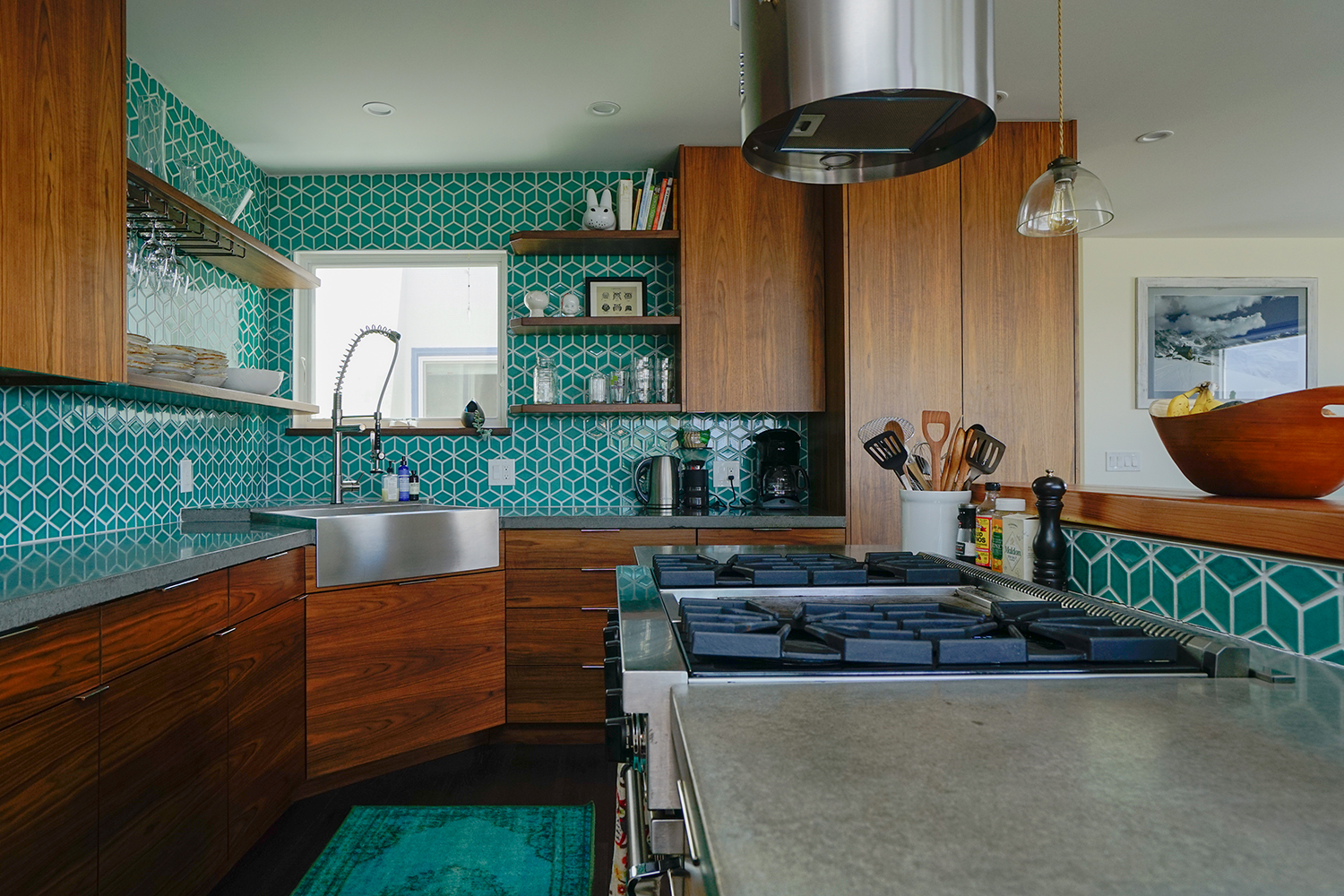 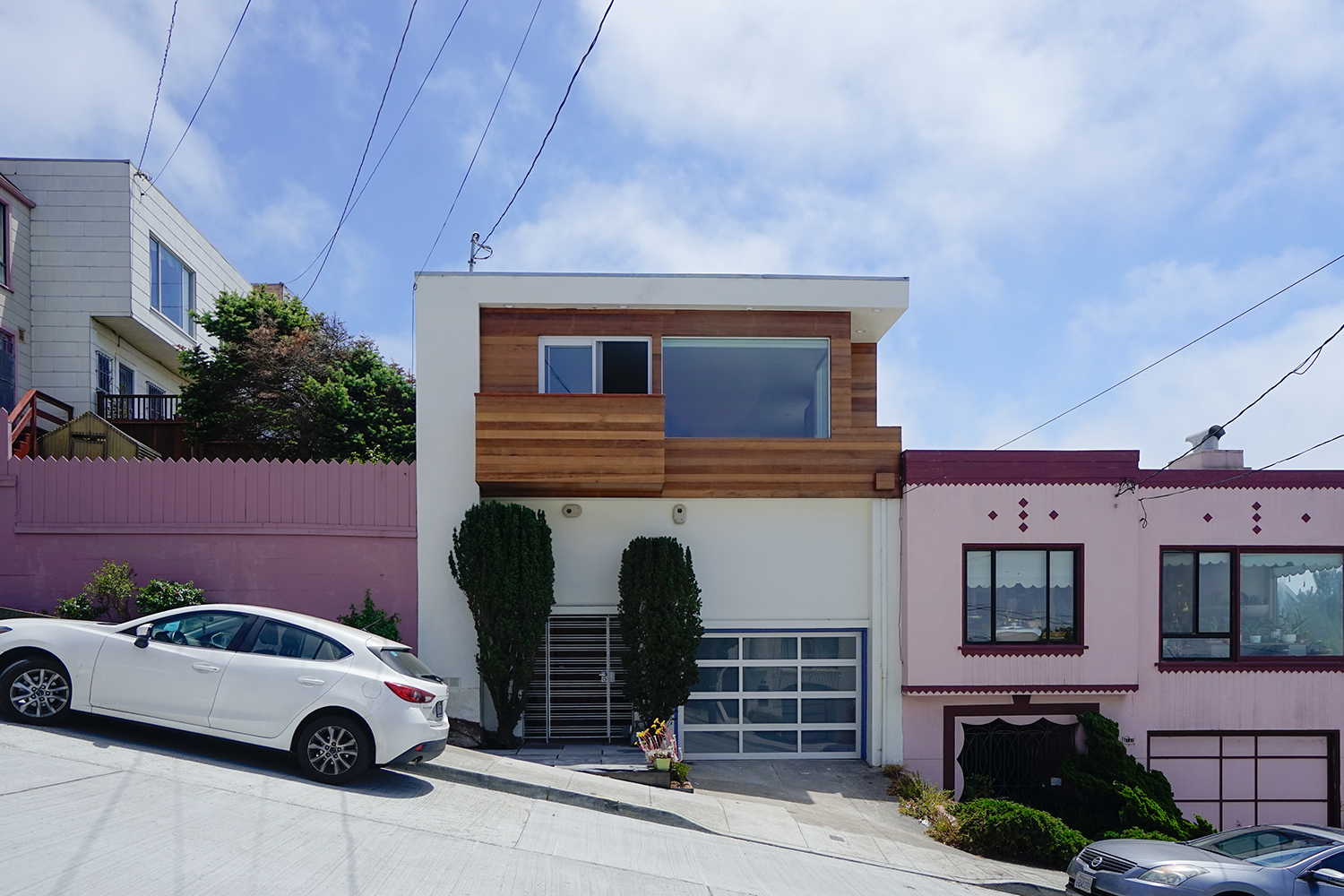 When Carl and Racquel bought their mid-century modern San Francisco home, they knew it needed some work. “This particular house had really great bones and lines, and a very modern-looking facade,” says Carl. “but it was dirty, out-dated, and needed a little bit of love.” They relished the opportunity to make the home their own.

The kitchen was top priority. It hadn’t been touched since the 1950s, and its lack of counter space and tile countertops with grout didn’t appeal. Walls divided the kitchen from the living areas, and the room was dark and tiny.

Growing up, Carl’s family owned a restaurant, and cooking was an important part of his life. Having a great kitchen was mandatory for any house they planned on making home. Before they even moved in, the couple started getting bids for the work. 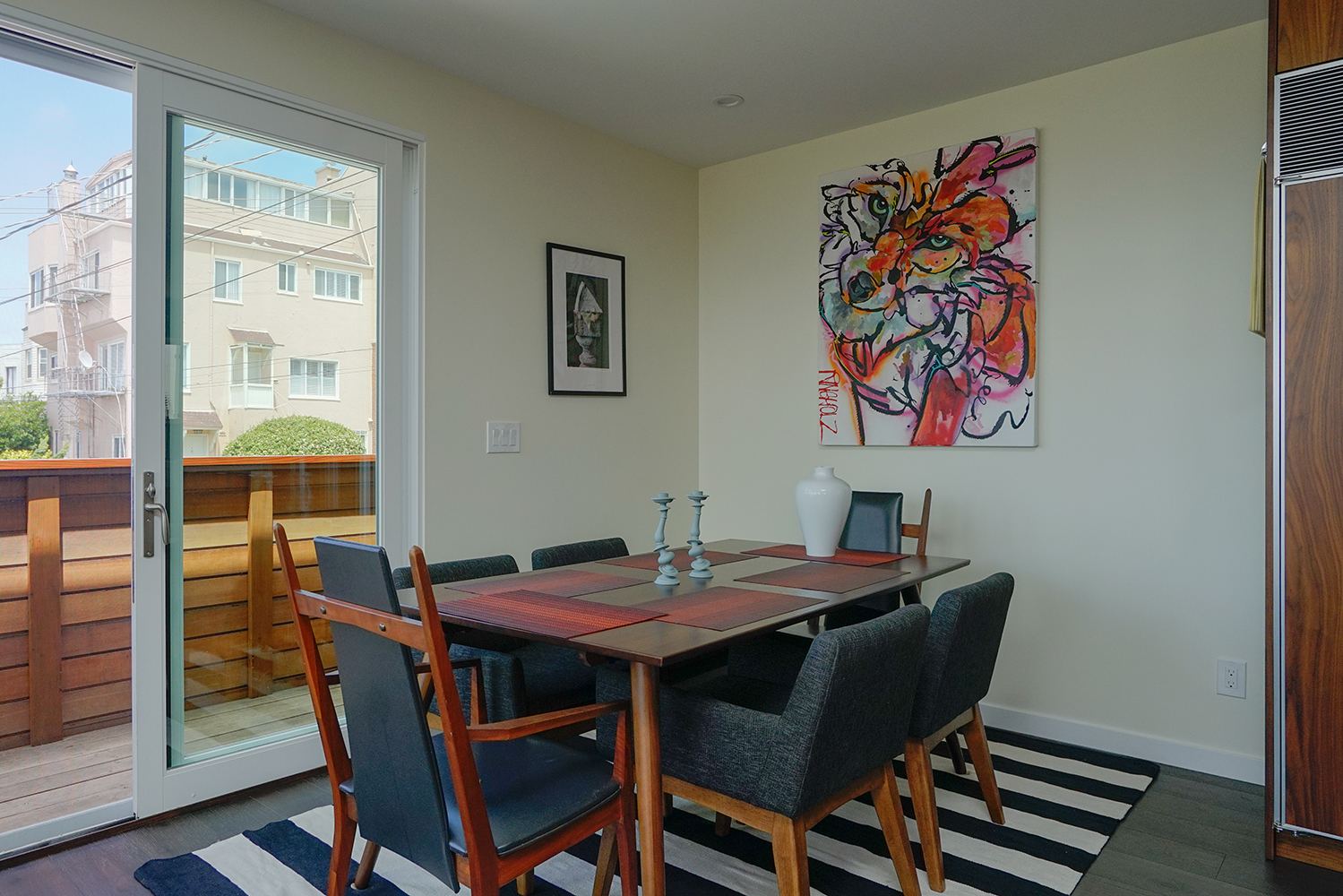 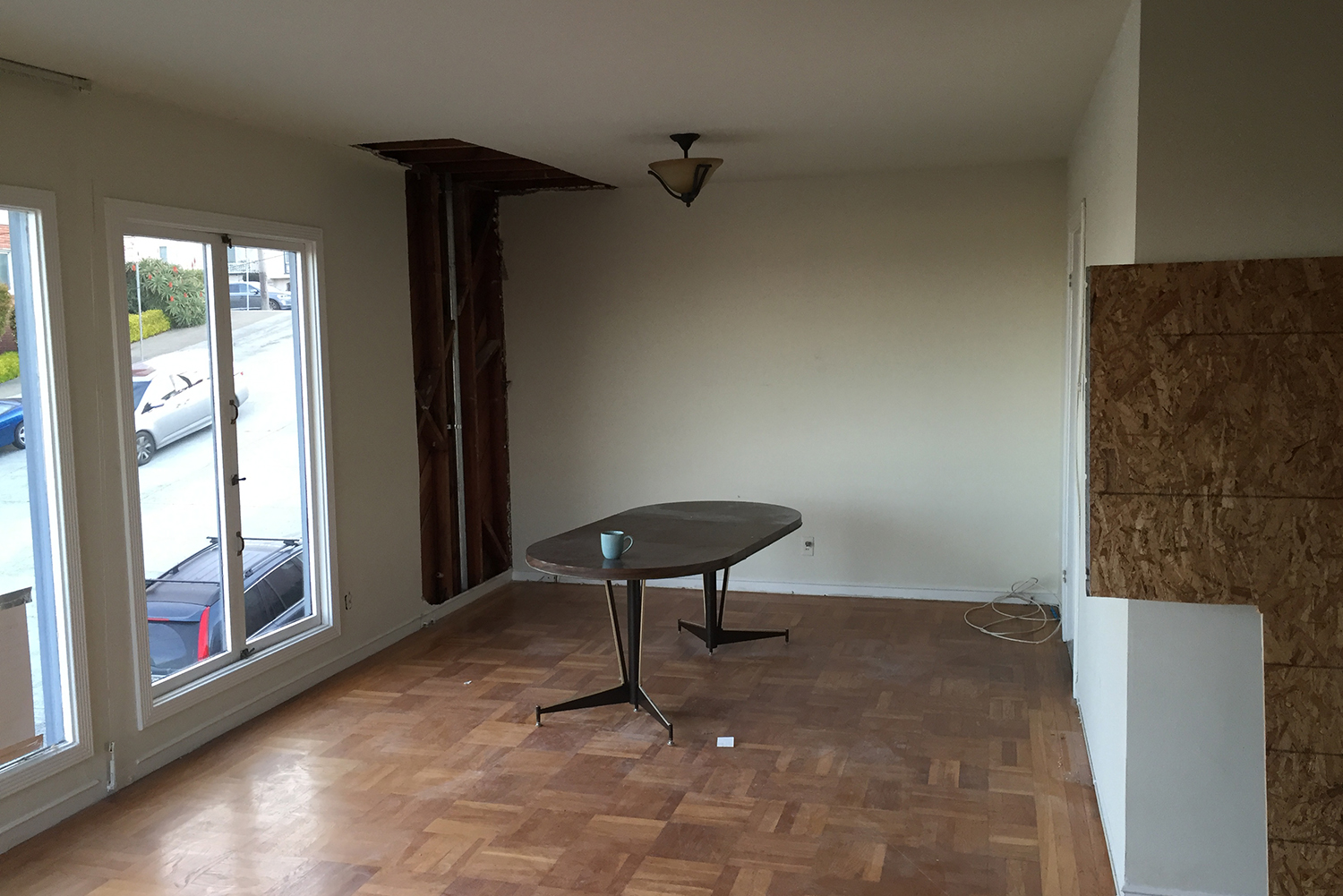 It wasn’t easy to sort through them and compare. According to Racquel, the bids were “always low on what work is actually going to get done, to what quality, over what timeframe, and when payments are due.” Reviewing the bids they received, it was unclear whether they were getting what they wanted or paying the right price for the quality and speed.

When they switched to Beam, the process got smoother. With a Beam proposal, homeowners receive comparable proposals that have the same cost categories and items included. “We got the entire scope written out,” Carl says, “Pricing changed from contractor to contractor, but what was included in the project was always the same.”

With a contractor and subcontractors lined up, work began. One of the first things they did was remove two walls that separated the kitchen from the living space. Racquel loves the new, open layout.

“We can see the Pacific Ocean and Marin headlands from our kitchen, there’s tons of counter space for chopping and cooking alongside each other, and our friends can hang out and chat with us,” she says. Their baby sits and watches them cook at the range, and someday will join the family tradition of preparing great meals together.

To save money on the renovation, they left the sink in the same place and just replaced cabinets along the existing exterior wall so the contractor didn’t have to do any framing or build out. Anytime you can keep the layout the same, you get more bang for the buck. The money they saved went to cool, bespoke details.

Grain-matched walnut cabinets and open shelves replaced dated, worn-out designs. The teal, hand-painted tile popped next to the walnut and fit the mid-century modern vibe. But calculating the amount of tile to order was an issue. Ordering supplies and making sure there’s enough tile to account for breakage is always an issue. “I have a degree from Harvard and I still couldn't get it right!” Racquel shakes her head about the amount of texting that went back and forth before they were able to use Beam software to calculate and track ordered amounts.

A Beam scope of work outlines all the standard items a contractor will need to order for a kitchen remodel - from a garbage disposal switch to backsplash tile. This eliminates the risk that a contractor will miss something, causing delays when they have to order last minute, or go over budget. A typical kitchen can have 50 to 60 items, and Beam’s central repository keeps track and organizes it all in one place. 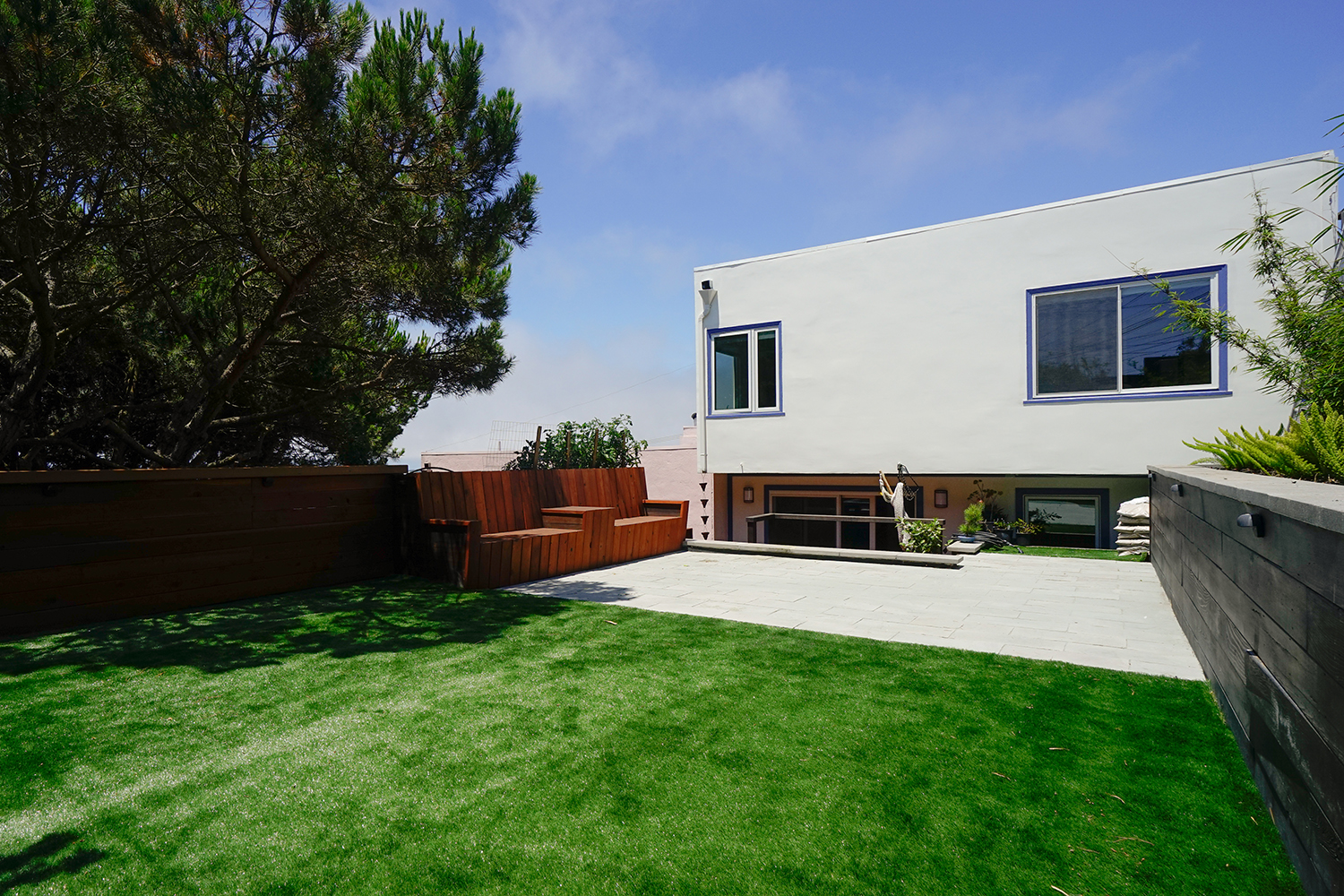 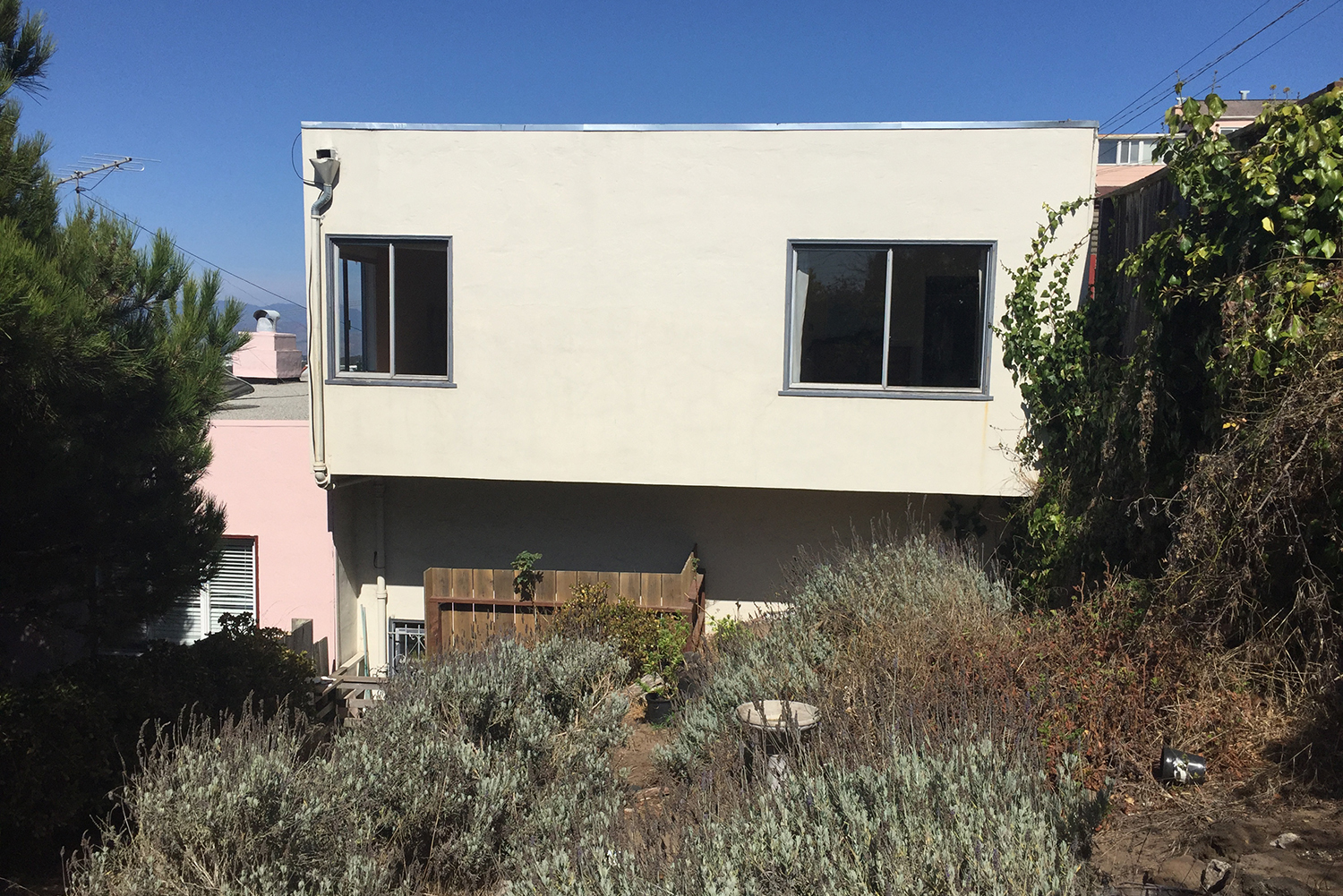 A built-in project timeline also keeps everything on track, and helps the homeowners keep an eye on the progress of their remodel. The Beam portal empowers homeowners and facilitates communication with their contractors. The end result for Carl and Racquel had everything they wanted and more - like a huge pantry.

The floor-to-ceiling, three feet wide pantry with multiple drawers that slide out wins Carl’s vote for the best part of their remodel. There’s a drawer for his kitchen appliances, another for his grains, and another for cans and bottles. “I get a sense of satisfaction every time I open my pantry,” he laughs.

The new kitchen fits perfectly within the mid-century modern house, enlivening the space for a modern lifestyle and yet respecting its history. 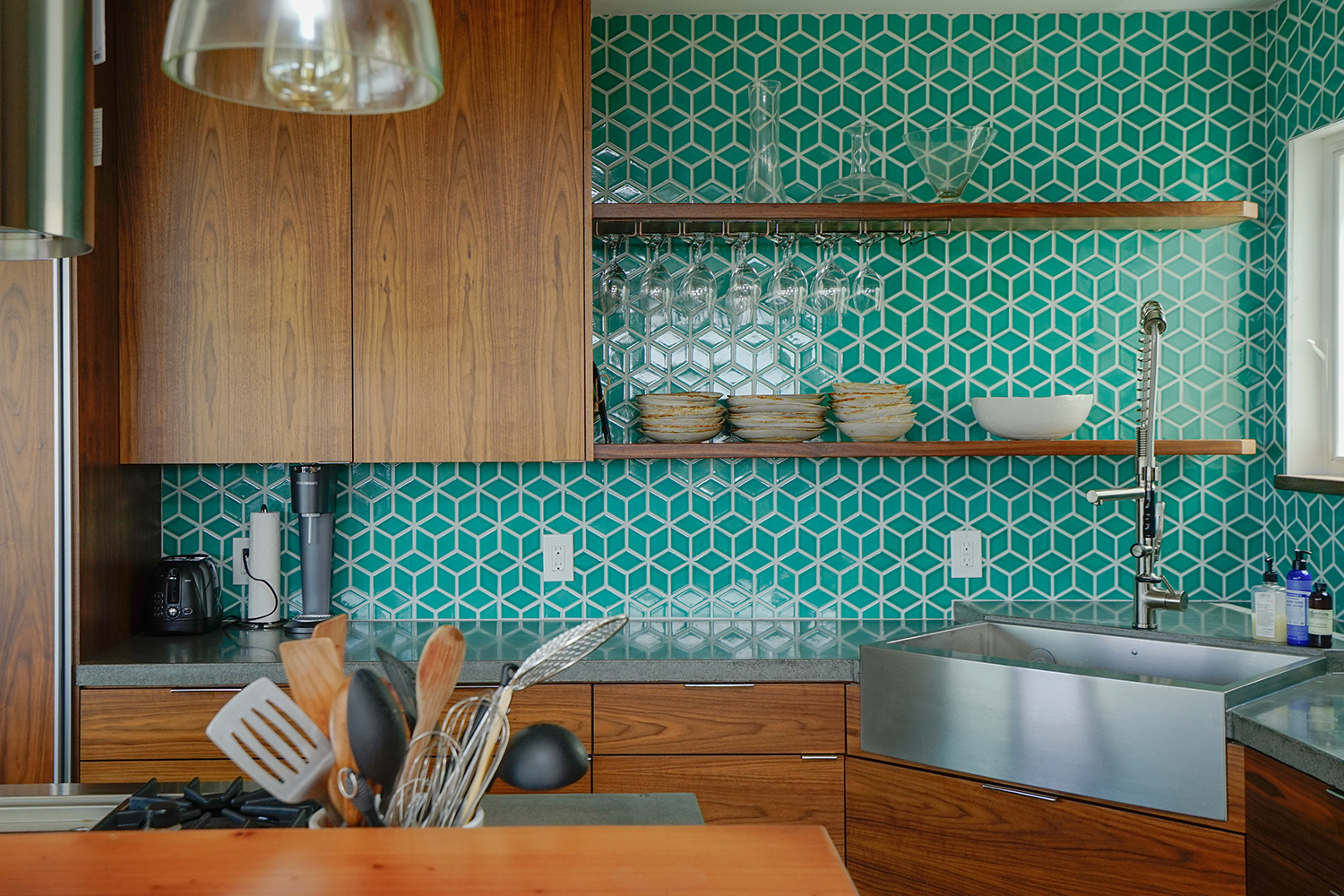 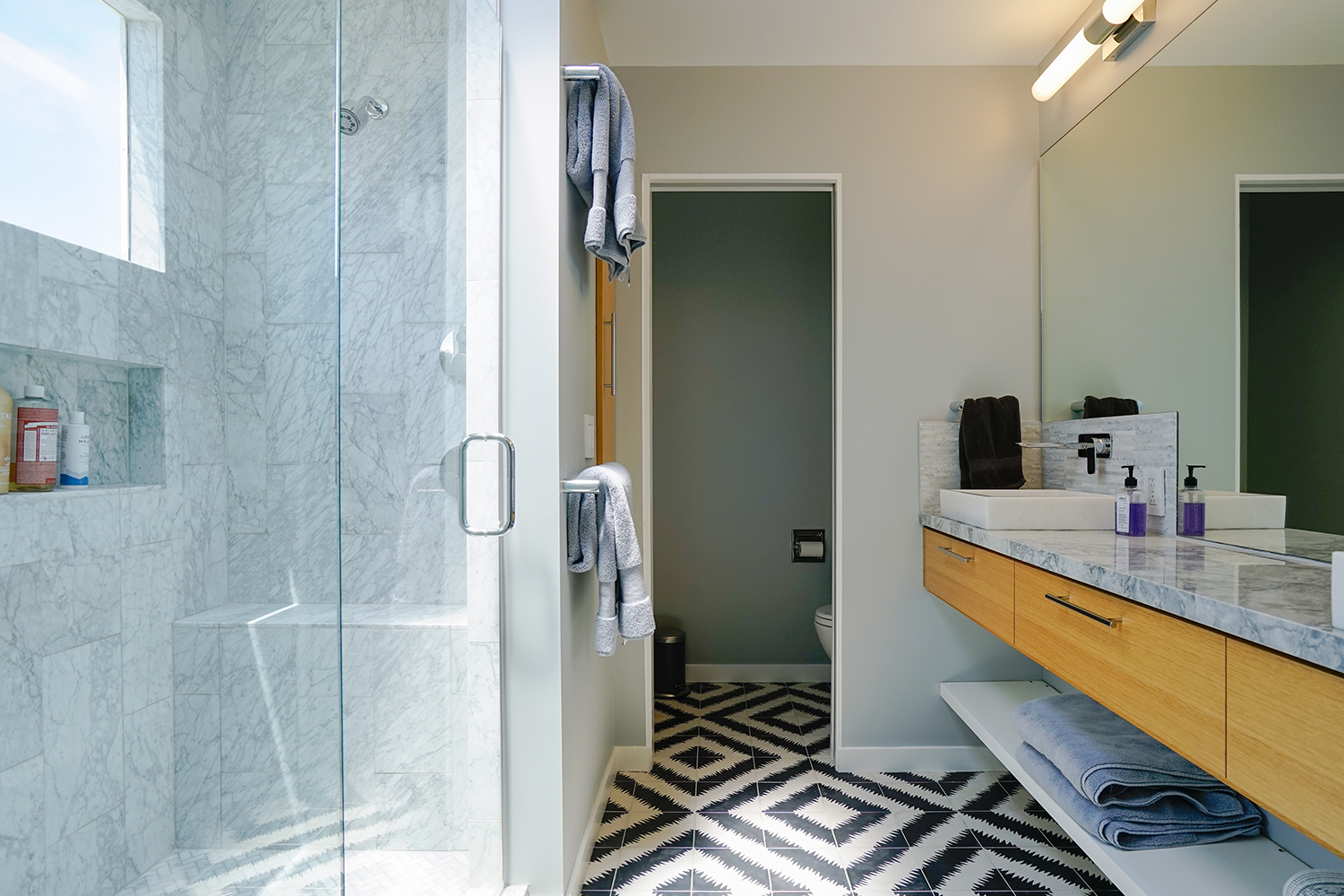 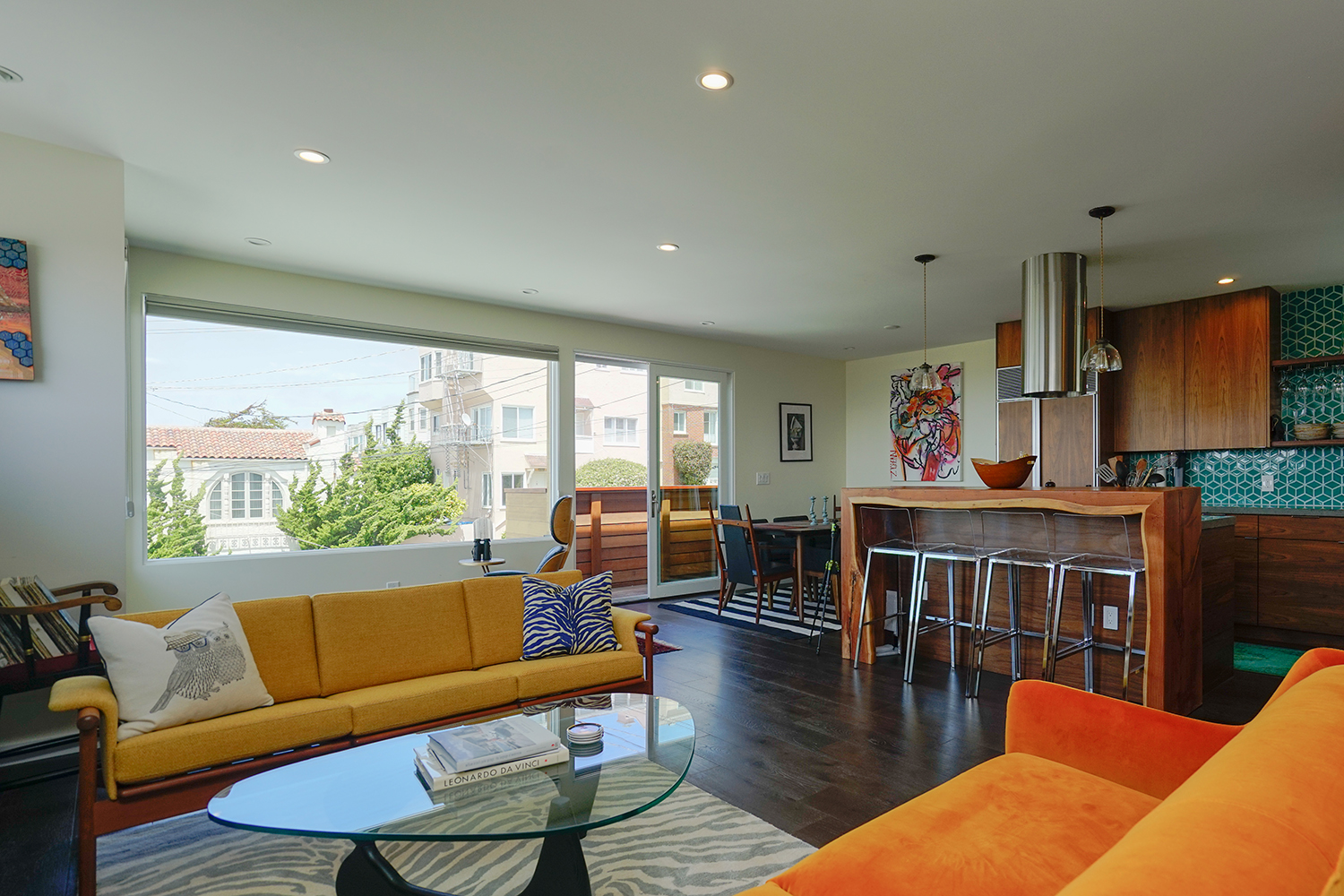 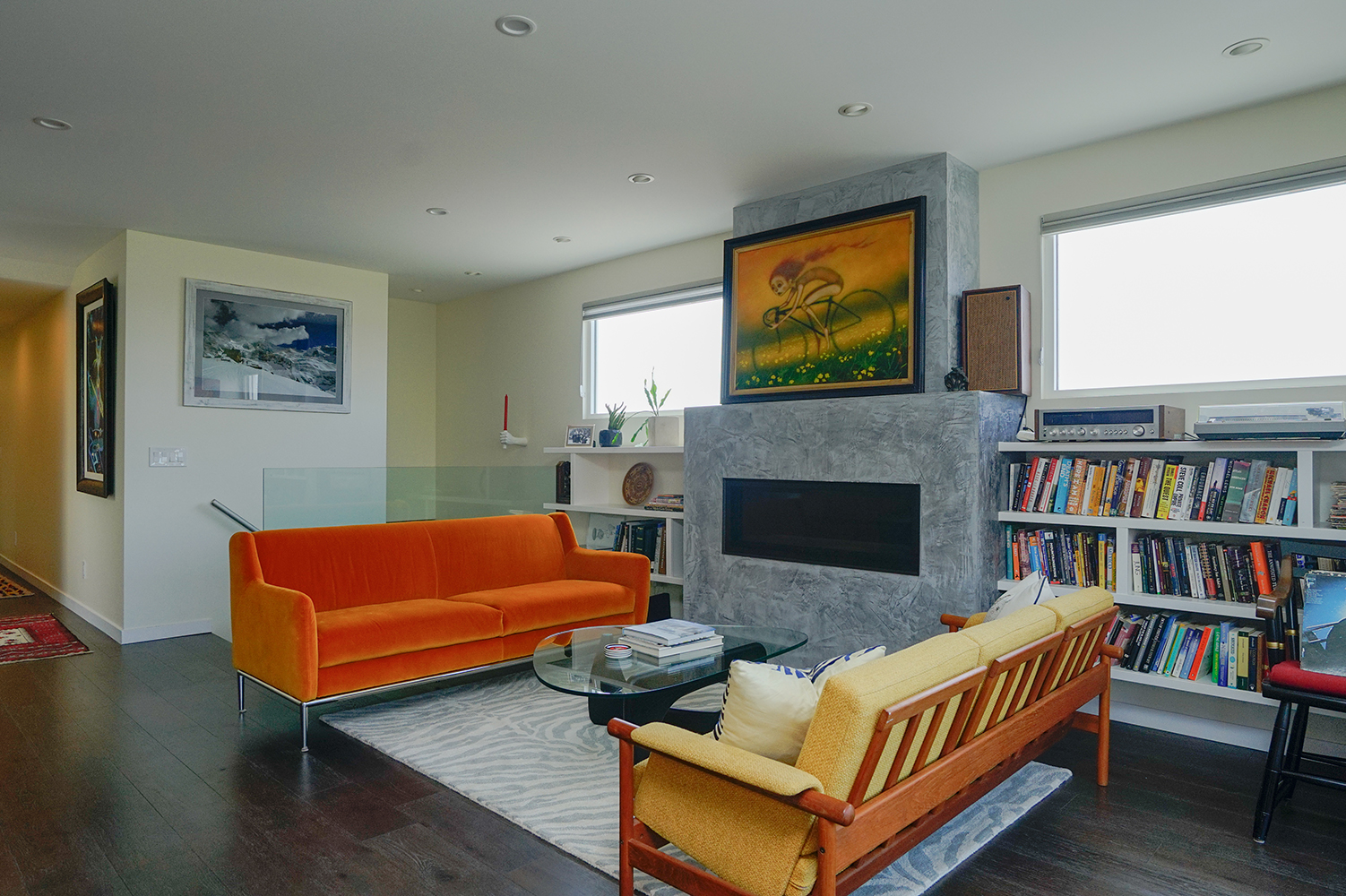 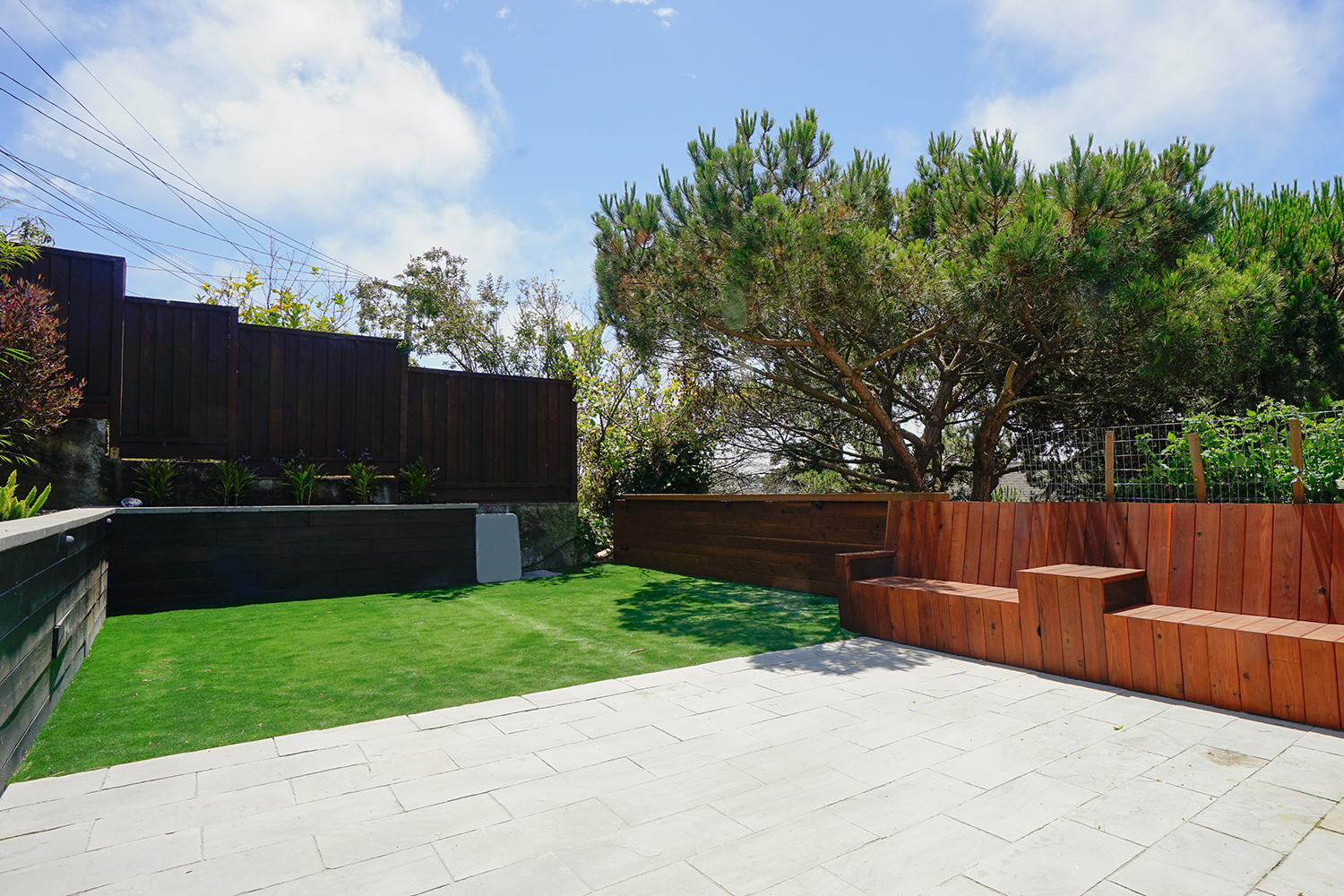 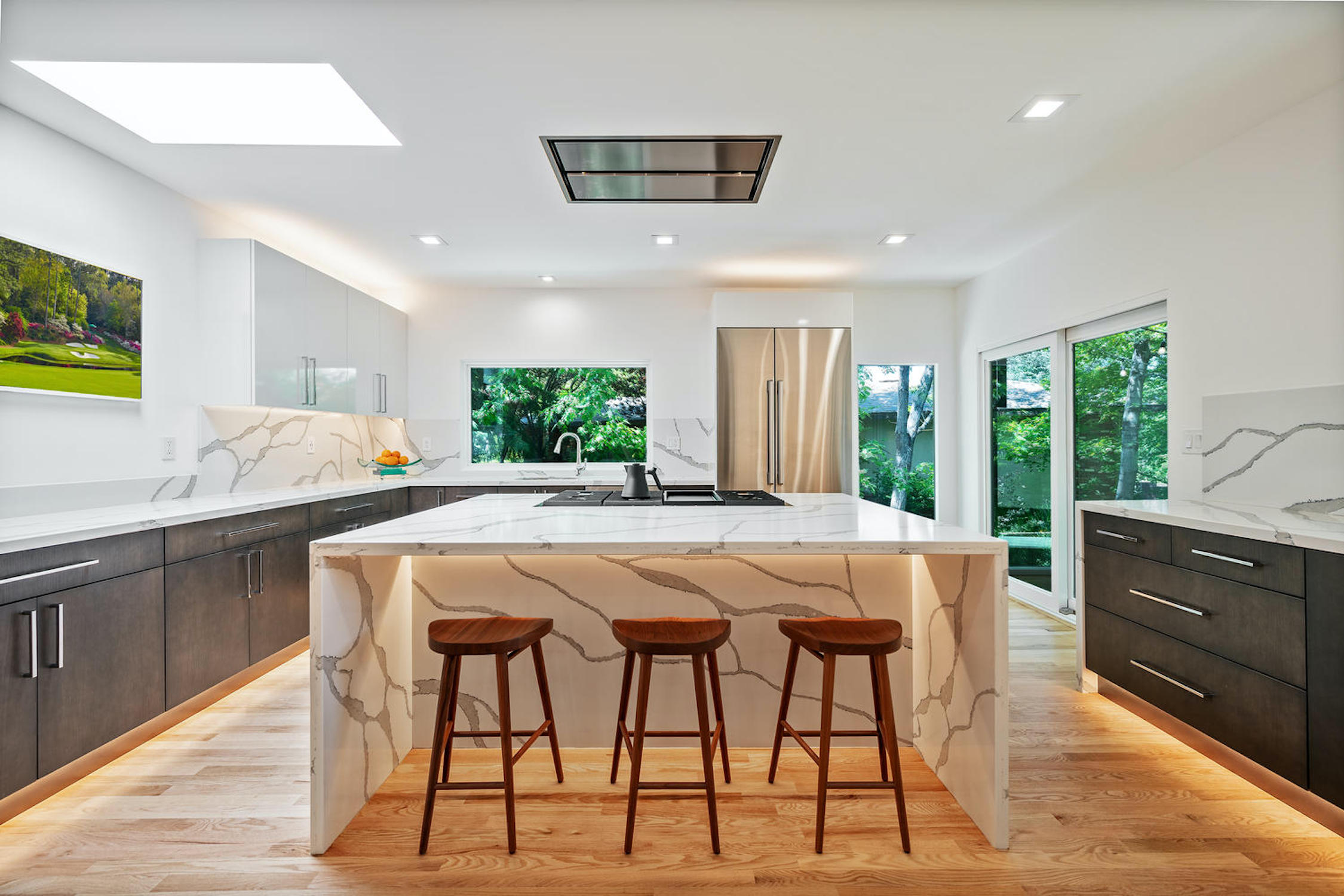 Hidden Treehouse
They spent a year knocking down walls and adding windows to invite the outdoors inside and transform the space.
See Case Study 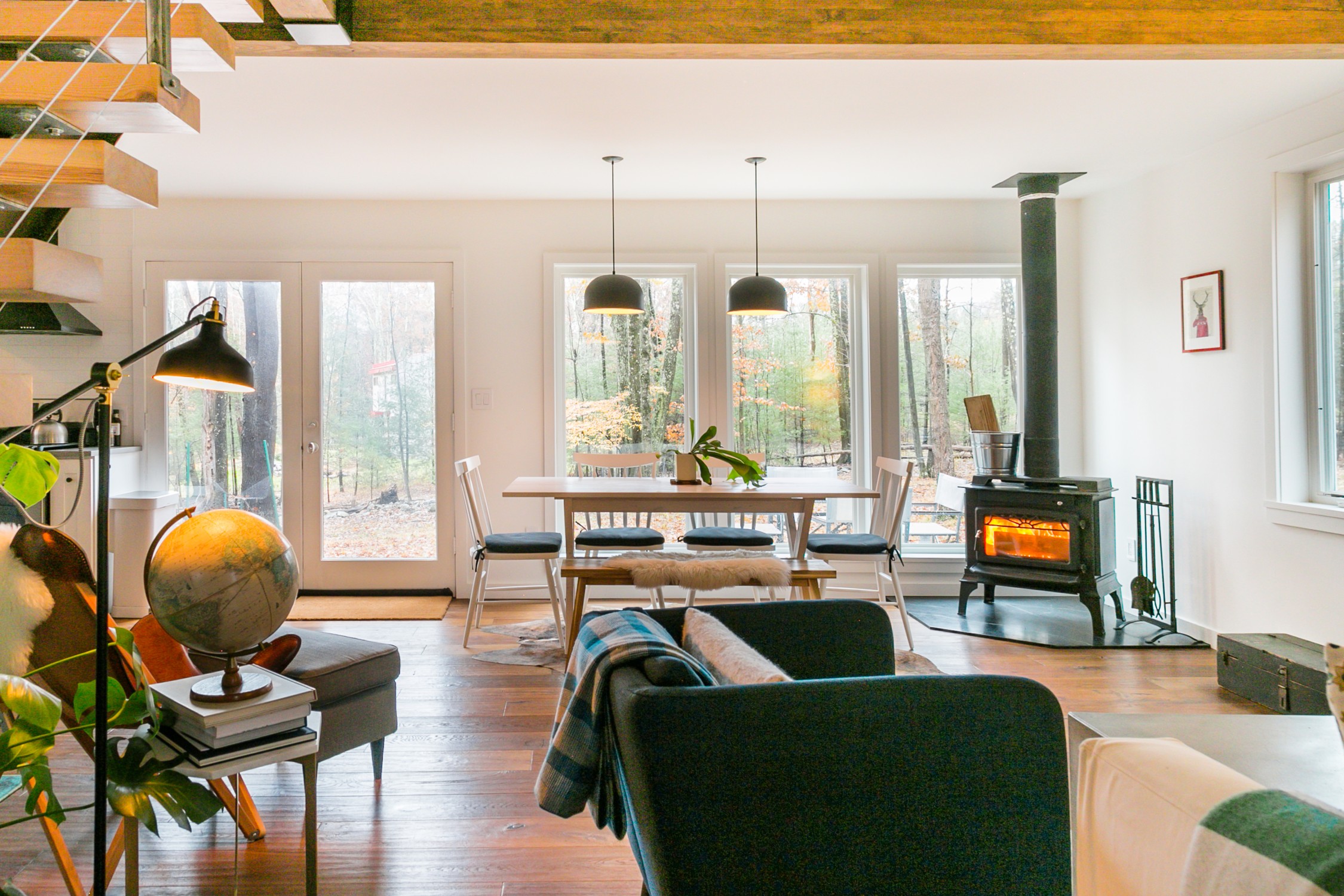 Catskills Cabin
What one Brooklyn couple learned from remodeling their Catskills cabin to be the perfect weekend getaway spot.
See Case Study